The Town Council approves the updated plans which incorporate recommendations from the access audit report and the plans are now submitted to the local planning authority.

As more detailed work takes place on proposals to repair and improve the Corn Exchange, some of the low-level modern plywood panelling has been removed and offered a rare glimpse of the original decorative scheme.

The maintenance team at the Town Council carefully removed a series of demountable panels and the design team visited a few weeks ago to inspect.  Everyone was thrilled to see that the majority of the Victorian Faience Tiling was still in place and mostly in very good condition. The tiles were a beautiful combination of earthy greens, browns and reds with repeating patterns and panels. The uncovering also revealed two large fireplaces either side of the hall though sadly the surrounds have been removed and the fireplaces blocked up. Perhaps most exciting and intriguing is a repeating tile showing a female portrait in relief which we hope to find out more about in the future.

The conclusion of the exercise suggests that there is a high-quality interior scheme behind the panelling and that it is largely in-tact. Whilst uncovering will bring back some of the history and beauty of the space it could also create challenges with acoustics that will need to be carefully considered and addressed to make sure the Corn Exchange is fully fit for purpose.

Building on this exercise, the Town Council is keen to collate any historic images of the interior of the Corn Exchange and other parts of the building that people may have.  The team behind the project want to understand more about previous decorative schemes and, in particular, the design of the fireplaces which were removed many years ago. If you have any images from parties, pantos, events or any other activity within the Corn Exchange from pre-1973 we would love to hear from you, so please get in touch via admin@blandfordforum-tc.gov.uk.

The Town Council would also like to thank all those who attended the Community Expo in March. The Expo included exhibition panels that explained more about proposals for the Corn Exchange project and it was great to see people taking an interest and engaging with the Council. 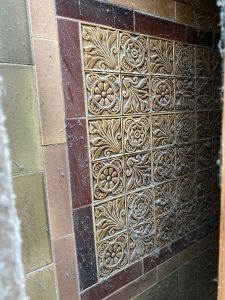 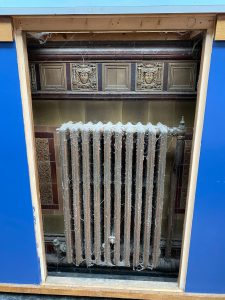 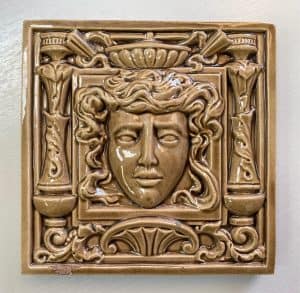 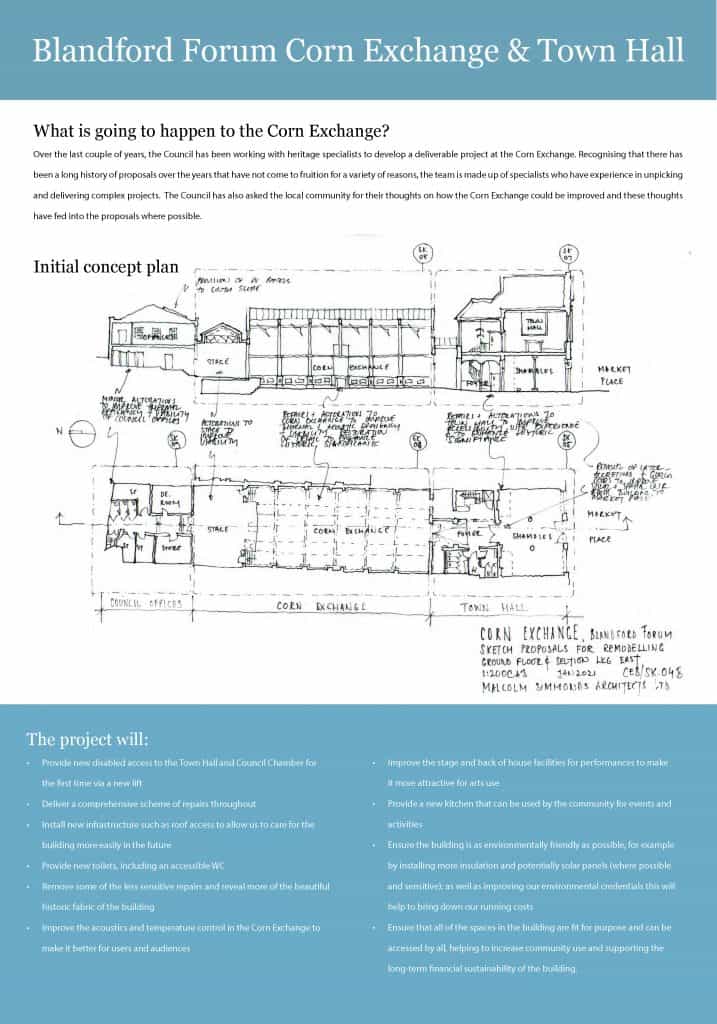 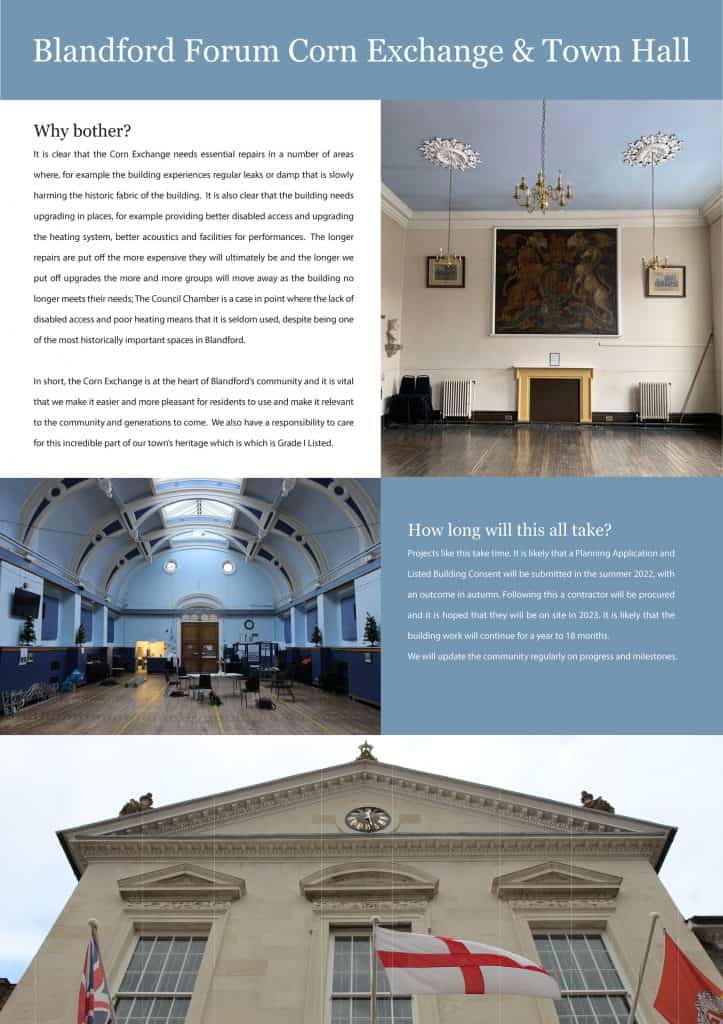 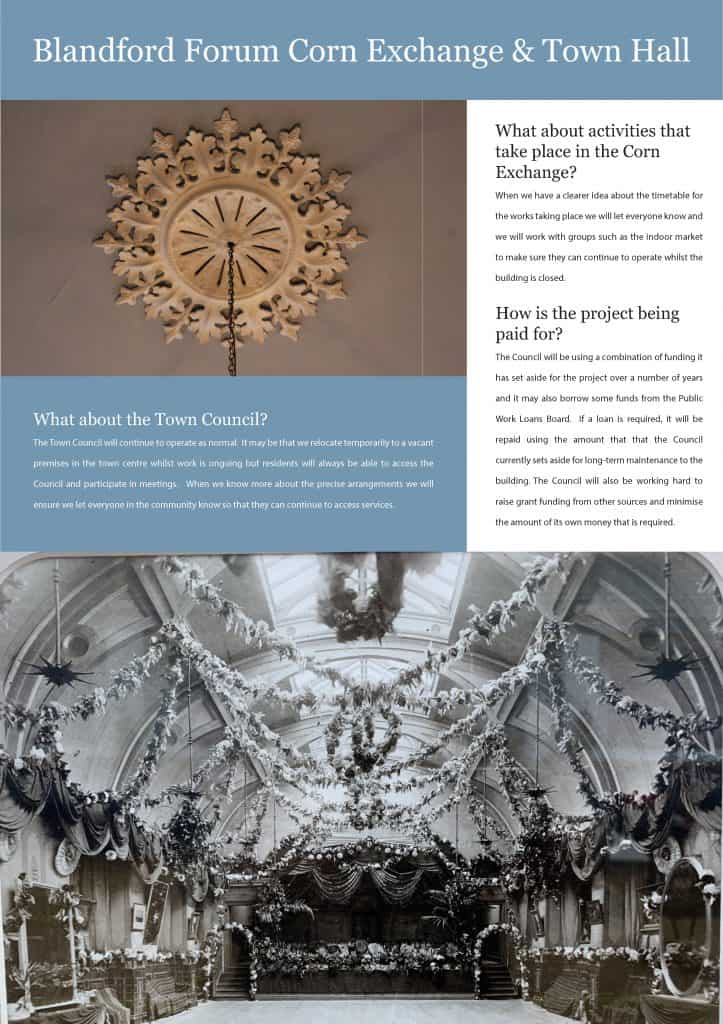