Railway Arches Project – Meet Me at the Arches

Photos of the Railway Arches, December 2020 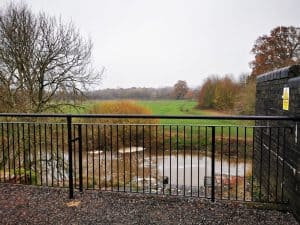 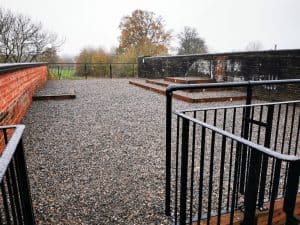 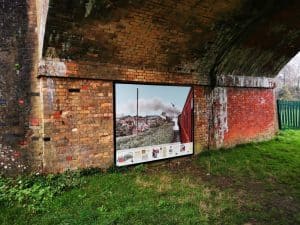 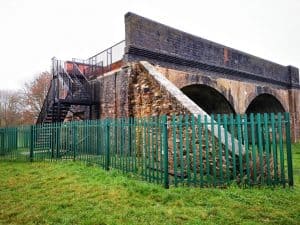 The project was funded by LEADER, and part funded by the European Agricultural Fund for Rural Development, and consisted of:

– Removal of soil and provision of drainage.
– Provision of a staircase to the track bed, along with barriers.
– Provision of information boards, explaining the history of the railway and the natural environment of the meadows.

More information on the project can be found beneath the audio clips.

Click on the links below to view the four interpretation panels:

An audio history of Blandford’s Railway in five parts. Narrated by Hans Baker, written by Pippa Crabbe and edited by Charlie Stapley. The Express Galop by Charles D’Albert 1855 played by Artis Wodehouse 2014 The Bronx NY.

The Railway comes to Blandford

Crossing the Stour to Blandford, “Hail the Conquering Hero” and cheering spectators performed by The Stour Valley Band

The rise of Blandford’s Railway

The Demise of the Railway

Click on the images below to listen to the relevant audio. 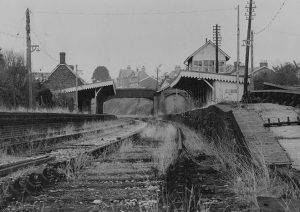 Bob Downes and the signal lamp: 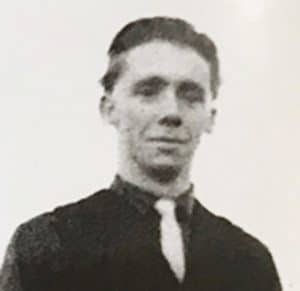 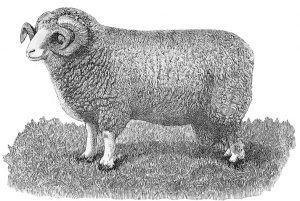 Deborah Thompson and the Pines Express: 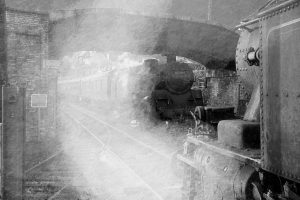 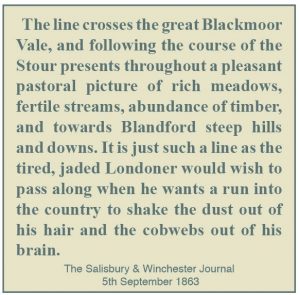 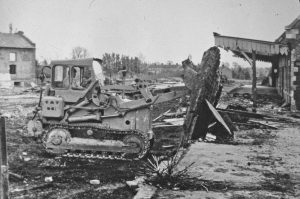 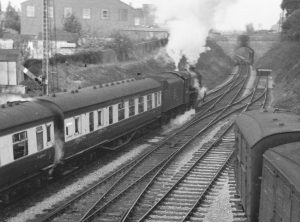 For over 100 years the flood arches on Langton Meadows carried the Somerset & Dorset railway over the biodiversity rich Stour flood plain. When the railway closed, most of the infrastructure was demolished, but the arches were left standing, an unlisted but much-loved asset and memorial to the town’s Victorian industrial heritage. When North Dorset District Council considered demolishing them, public opinion in opposition resulted in Blandford Forum Town Council (BFTC) seeking a long-term lease for the structure so that it could be preserved.

Over the last five years, the Blandford Railway Arches Trust (BRAT), set up nine years ago to focus on bringing life to the structure, has worked in partnership with BFTC towards the restoration, maintenance and enhancement of the arches and of Langton/Stour Meadows, as a venue for outdoor events for the general public in Blandford and site of environmental interest, which thanks to its management by Dorset Countryside Rangers has Green Flag status. In 2013 BRAT was assisted by Dorset Countryside Rangers and volunteers in removing and cutting back vegetation which had grown over the years. Restoration work at a cost of £18,000 was requested by BRAT and funded by BFTC in 2015 to repair the damaged parapet and repair and repoint the brickwork.

BRAT are committed to the restoration and re-use of the flood arches on Langton Meadows, one of the last remaining structures which formed part of the railway, so much of which was destroyed in the years following its closure, but which has been given new life through the development of the North Dorset Trailway.

BRAT has encouraged the use of the site as a venue for plays, concerts, and public events. They recently held a Jazz evening at the arches, which was a huge success in showing how attractive the venue is for such events. They would like to continue to be able to offer the Arches as a site for community events, activities and workshops (such as wildlife identification, artwork, archaeological activities, etc).

The popularity of this site, the affection people have for ‘railwayana’, and the enthusiasm for retaining and conserving this structure is what has led BRAT, along with BFTC, to apply for and obtain planning permission to make the structure useable and to create an even more attractive venue for the town. In May 2017, planning permission was approved for the introduction of a stairway to the top of the structure and in June 2019 BRAT/BFTC secured £46,606.20 LEADER funding to enable the project to proceed, part funded by the European Agricultural Fund for Rural Development.

This project conserves and protects the Blandford Railway Arches, re-inventing the use of an historically significant structure on the North Dorset Trailway and enhancing its interest to the community and visitors as an event venue. The Arches are a rare reminder of our industrial railway past and a much-photographed landmark in their own right.

The work started on the railway arches in May 2019 and has now been completed.

The location near Langton Car Park makes the Arches a much-needed alternative and easily accessible venue. More visitors staying longer and attending events will purchase refreshments and accommodation locally, supporting other businesses rather than competing against them.
• The funds are being used to conserve and enhance a local historically and culturally significant structure and to impress upon local visitors and tourists the importance of the history of that structure to the development of the area.
• It will grow the wider rural economy by having created an attractive area for events, picnicking, education and community events, which will bring tourists into the area. It also provides an alternative to expensive street closures for community events, allowing the community to host more and larger events, bringing people into the area and boosting trade in B&B’s, hotels, restaurants, cafes, pubs and shops. It also enhances and encourages use of the Trailway, of which the arches are a part.
• It fosters a sense of local identity through Interpretation Panels and events designed to highlight the importance of Blandford’s railway history and of the natural environment of the meadows. Access to the top of the structure allows the many interested in railway history a better understanding of its role and creates a viewing platform to improve the visitor experience of the natural environment of the meadows, which have been awarded Green Flag status. The Interpretation Panels promote an understanding of the railway history and special habitat in which the Arches sit. The project creates a space for Wildlife Groups, Artists and Photographers to view the Stour Meadow and its flora and fauna.
• It has created a new use for these railway structures, structures that will probably never be incorporated back into their original use as a crossing over the Stour Meadows, and ensures that the Arches will continue to be protected against destruction, which they have been threatened with in the past. This project enhances the current and future use of the Arches and preserve this important part of our industrial heritage. 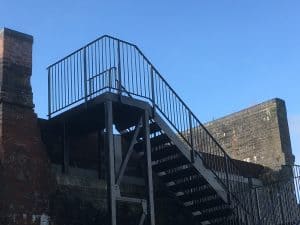