Blandford Forum is located in the heart of Dorset, with spectacular scenery stretching in every direction. Nestled in a wooded valley on the banks of the River Stour, surrounded by gently rolling hills, it is one of England’s undiscovered treasures. The town’s focal point is its grand Market Place. It is fringed by outstanding Georgian architecture, unrivalled in the South West. Many independent and interesting shops have settled here. Blandford Forum was destroyed by fire in 1731 and rebuilt in the succeeding decades by two brothers, John and William Bastard. The Old House, which survived the fire, the Corn Exchange and the Great Fire Monument all contribute to the town’s wonderful architecture. There are also museums, attractions and facilities to suit all interests and the dramatic Jurassic Coast is within easy reach.

The History of Blandford Forum

Blandford Forum is located on the banks of the River Stour in Dorset. Which explains why its name comes from Blaen-y-ford meaning ‘the place near the ford’. The 13th century saw Blandford Forum as an important market town. It enabled access by a bridge running over the Stour and early visitors to it included King John in 1216.

By 1305 it was sufficiently important to send 2 members to parliament whilst its market was a major one in Dorset. In 1307 a grant was given by Edward I to Henry de Lacy, Earl of Lincoln, who was Lord of the Manor of Blandford, to enable him to hold a fair, twice a year, at his ville of Blandford. The Manor later passed to Henry, Duke of Lancaster, and became part of the Duchy of Lancaster in 1399 on his becoming King Henry IV. The present Duke is Prince Charles and it is the ceremonial badge of the Duchy which has been adopted by the town as its own.

By the time of the first Elizabeth the town’s markets and fairs had achieved considerable fame and Blandford, as well as being home to several wealthy residents, had its own grammer school and was the venue of assizes. Its status as a borough, recognised from early medieval times, was confirmed by a Charter of Incorporation granted by James I in 1605.

Blandford suffered from serious fires in the 16th, 17th and early 18th centuries. The first known fire of Blandford occurred in 1564 and although it devastated many buildings within the town, it avoided fatalities.

The second recorded fire was in 1677, which destroyed the homes of over 30 families. Decades later, on 9 July 1713, part of East Street was ruined by a third fire. There is not much information available about the level of ruin caused by this fire but records suggest that it was started intentionally.

The fourth and final ‘Great Fire’ of 4 June 1731 destroyed many significant buildings that had survived the preceding fires, such as the parish church, the almshouses, the school and the town hall. It left only a few houses, public buildings and business premises standing, (The Old House in The Close, the Ryves Almshouses in Salisbury Street and some of the buildings at the front of Nightingales Court ) although it did help to end the smallpox epidemic that was overwhelming the town at the time.

Despite suffering from serious fires in the 16th, 17th and early 18th centuries, Blandford continued to prosper and Defoe, writing in 1724, called it a ‘handsome, well built town, but chiefly famous for making the finest bone lace in England’.

Funds to help rebuild the stricken town poured in from all over the country including £1,000 from King George II. Within a few years rebuilding was well under way and by about 1760 the new Blandford was complete. Its very special character arises from the fact that the architects, surveyors and principal builders were William and John Bastard who were civil dignitaries of the town and 2 of the major sufferers from the damage. They designed and supervised the building of the new church, the town hall, grammer school and many of the houses and business premises. The resultant town centre, still largely unchanged today, forms one of the most pleasing and complete Georgian groups anywhere in England. Rebuilt as a single work, the town is basically uniform in design yet has individual flourishes to provide relief.

Gradually life returned to normal in the town, the market continued to prosper and button making, wool spinning and gloving became major industries. Further wealth came with the coaching era, the building of fine hostelries to serve this new trade and an expansion of the town’s brewing industry. In the 1860s the railway from Bournemouth to Bath came to the town but this was closed in the 1960s.

Blandford today still retains its former role as a market town that serves an important farming district, and even though the town of Blandford Forum has suffered great architectural loss through flames, it is considered to be among the best preserved Georgian market towns in the country.

Click here to see a map of listed buildings in the town, provided to us by Steve Richardson.

The Blandford Historical Society in Blandford, Massachusetts held a special event on 4th September 2022 to mark the 200th anniversary of The White Church.
The Town Council was invited to send a message, which has been done via this YouTube video. However, we were very fortunate in that a former Royal Corps of Signals officer, Andrew Stokoe (Major, Retd.) now lives in Connecticut and kindly attended the event at The White Church on behalf of the Town Council.
Thanks to Blandford Parish Church, Sid Falla, The Civic Society Group of The Blandford Museum, Heritage and Arts Trust,, and the Blandford & District Branch of the Royal British Legion for their contributions to the video message, as well as local historian, Barry Barnett (author of The Blandford Express website).
Blandford, Massachusetts was first settled by Scots and named ‘New Glasgow’.
William Shirley was the newly appointed Governor of Massachusetts and had just arrived from England. In 1741, he decided to change the settlement’s name to Blandford after the vessel that had brought him across the Atlantic. The people of Glasgow, Scotland had promised the new town a bell if it was named after their city. With the town being renamed Blandford, it is understood the bell was never sent!
There were in fact three HMS Blandfords and it is believed it was the third vessel to carry the name which brought Governor Shirley to the New World. In more recent times a replica vessel was constructed for a television series much based on the ship’s original drawings. Ironically, as HMS Blandford (1741) spent much of its life in conflict with the French, its replica is now French owned and has been given the name Étoile du Roi.
The White Church of Blandford was built in 1822 and sits on a hill looking over the New England town. The historic building is owned by the Blandford Historical Society and maintained by community volunteers. It is registered on the US National Register of Historic Places and has recently been restored by the Historical Society.

There are a number of places to visit in and around Blandford Forum. For more information please contact the Tourist Information Centre:

There are 10 council car parks in Blandford Forum, owned by Dorset Council. Please follow the link to find out more information about the car parks.

https://www.dorsetcouncil.gov.uk/parking/find-a-carpark/find-a-car-park.aspx#/ Information about parking from DC.

TravelDorset has a range of useful information to help you travel easily around Dorset by car, public transport or other means. This includes up to the minute traffic information, the location and cost of car parks and live information about bus times. 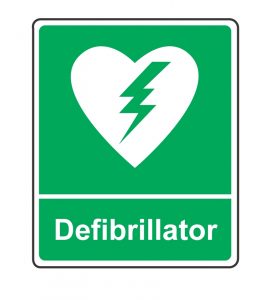 There are also defibrillators inside the following locations, available during their opening hours and most dental practices also have defibrillators: